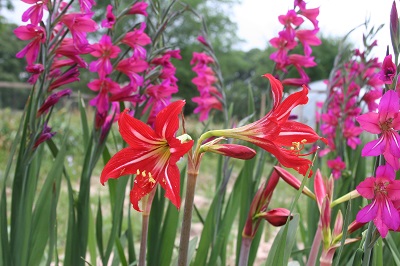 Many amaryllis perform well along the coastal regions, but few match this bulb in its ability to withstand cold temperatures and poor soils. One of the most exciting and underutilized garden bulbs is the hardy amaryllis (Hippeastrum x johnsonii). Thanks to mass marketing over the nation, most of us only think of amaryllis only as forced product for Christmas, but many Houstonians and avid gardeners along the Gulf Coast and in California know that amaryllis will come back for them each year as perennials!  Moving into colder regions, and in some areas even Zone 7, gardeners are well aware of one amaryllis that over winters - the April/May blooming red and white striped garden amaryllis found in many heirloom gardens. 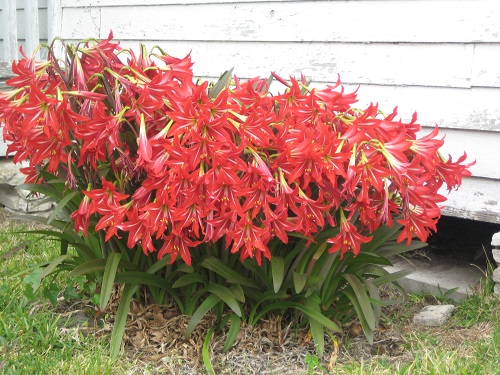 It is believed to be the first hybrid amaryllis with a history dating back to the late 1700's, and gardeners in Texas who have had them form massive clumps with an explosion of red color would still say they are the best hybrid on the market. Even in such large clumps, the bloom capacity is not hindered in any way. The striking red trumpet shaped blooms with their white stripes are show stoppers in every sense of the word. 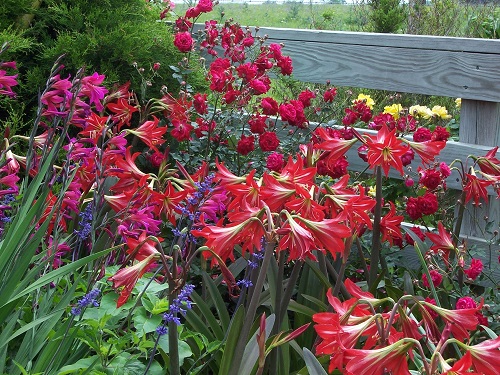 Johnson's amaryllis is another name for this bulb, in honor of the hybridizer and English watch maker, Mr. Johnson. The flower, especially in areas such as New Orleans and other Gulf Coast cities, is known as the St Joseph's lily. 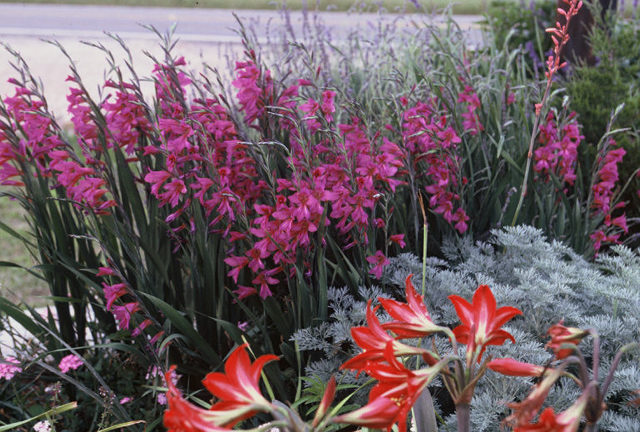 How cold can they get?

That is a great question.  During our major freeze near the farm in 2021, we reached 0 degrees for an extended period of time. Hardy amaryllis that were close to structures did fine, but any that were exposed in an open field did not come back. Neil Sperry, in McKinney (north of Dallas, Texas), has mentioned a freeze in the past that killed a good amount in the city there but at the same time spoke of many that came back and were not affected.  In conclusion, Zone 7 is pushing it, and as you get warmer from there you should be ok.  If you are ever unsure, don't be afraid to give them a good layer of mulch over the winter.

Hint: if you lean in close enough, you will catch a slight spicy fragrance that is simply the icing on the cake, and makes these gorgeous blooms amazing as cut flowers. 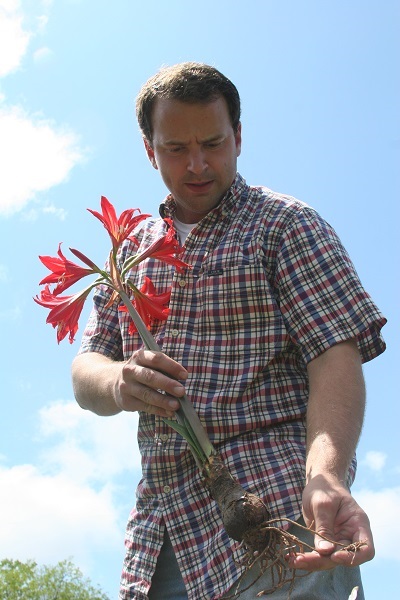