There are a number of beautiful lilies native to North America, but most heirloom garden lilies originated in Asia. One of those, the tiger lily , can be found all over the southern U.S. There is some dispute as to how it came to North America from its home in Japan, Korea and China, where the bulbs are apparently used as food. However they arrived, the spotted orange blooms have been popular for decades with American gardeners. Like our native spotted lilies, they prefer a woodland setting with acidic soil and afternoon shade during their summer blooming season. I've seen incredible stands of the tiger lily from Texas to Louisiana and Georgia. 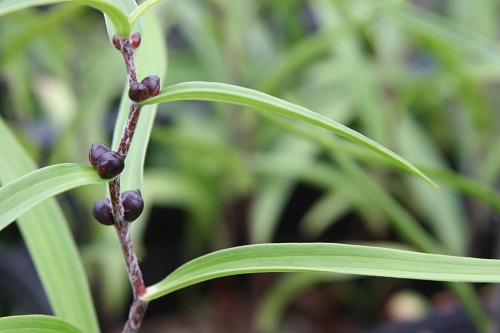 Some of my favorite collection stories involve the tiger lily, and this is probably because they are so easy to share and they are more often found in cultivated gardens (instead of abandoned old home sites).  Tiger lilies form little black bulbils at the base of their leaves which can be collected while the flowers are blooming, and which naturally start to fall off towards the end of the bloom cycle.  Gardeners find it fun to share the enjoyment of their blooming flowers with someone else, while simultaneously knocking off the black bulbils into a bag.  It's kind of like a bunch of guys standing around a grill watching a steak cook, or shelling peas - collecting tiger lily bulbils together is a social event.  Collecting bulbils is also easy to do without having to bend over, and it is a lot less intrusive than sticking a shovel in the ground and disturbing a garden. For these reasons, I often found myself knocking on doors and visiting with gardeners.

For example, this gardener told me how her grandmother first brought these tiger lilies down with her when they moved to Texas from Missouri. 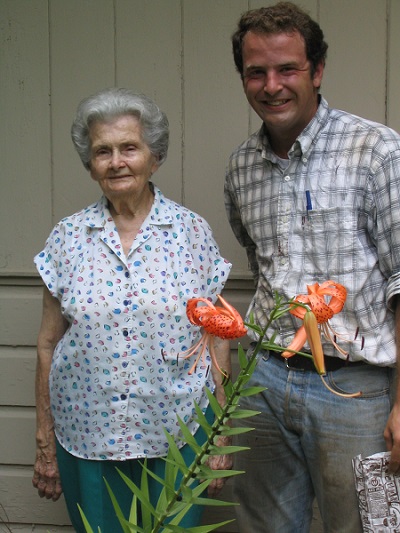 We had fund collecting the bulbils together and visiting about gardening.  I was 25 or so at the time, but gardening is one of those events that connects generations together! 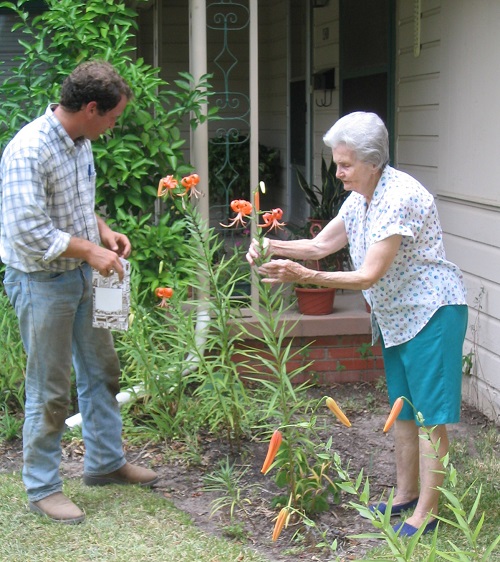 One stand I found was in northeast Texas. As I drove by, I saw tiger lilies surrounding every tree at this old home. I knocked on the door and an older lady and her physically fit, middle-aged son answered. I explained what we do at the Southern Bulb Company, and the son said he would gladly share the black bulbils, (the tiny bulbs from which you can eventually grow a full sized tiger lily plant). The gentleman, who told me he had served our country in the Army's Special Forces, walked around with me and explained his unsuccessful experience in trying to save the bulbils. Apparently, he found, they do not like to be stacked and left in a coffee can in the garage. "You can't treat them like seeds," he told me. "They'll rot on ya!" I could tell that horticulture had become his passion, and I promised him I'd plant them right away.  I thanked him, both for his military service and for his horticultural service. 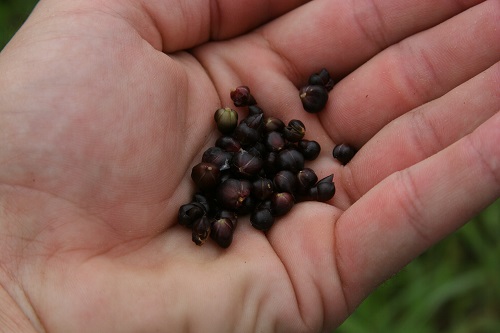 We hope you enjoy tiger lilies as much as we do!  Once they are established in your garden, the proliferous tiger lilies will be a joy every June.  As their foliage begins to appear in March and April, give them plenty of water.  Once the blooms are coming to an end, knock off the bulbils and  gently scratch them into the soil.  With rich organic soil and some moisture, you'll have a stand of them in just a few years. 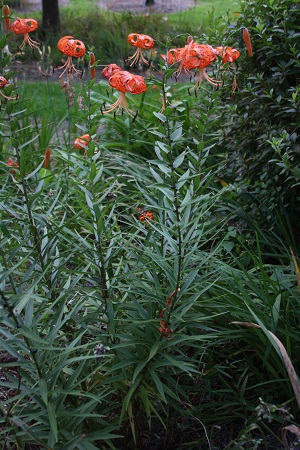 If we ship the bulbs in late summer through winter, they are generally nice and dormant. As spring approaches, you might find the bulbs have some growth on them. 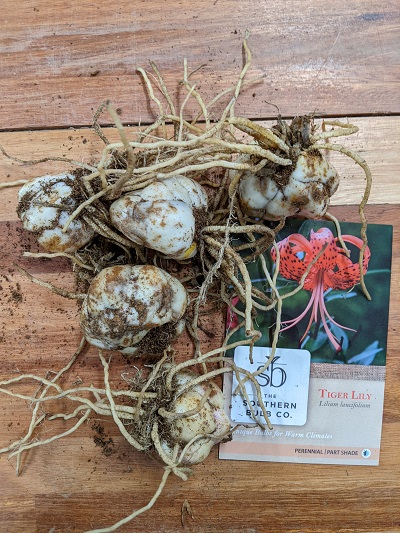 Tiger lilies can make a splash in any garden! 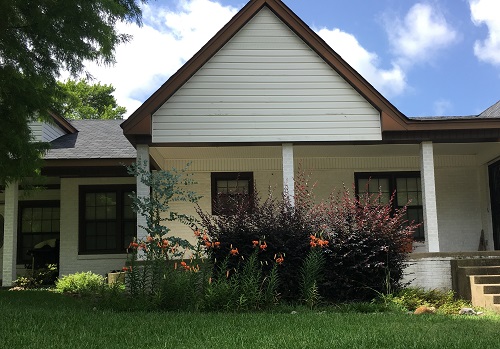