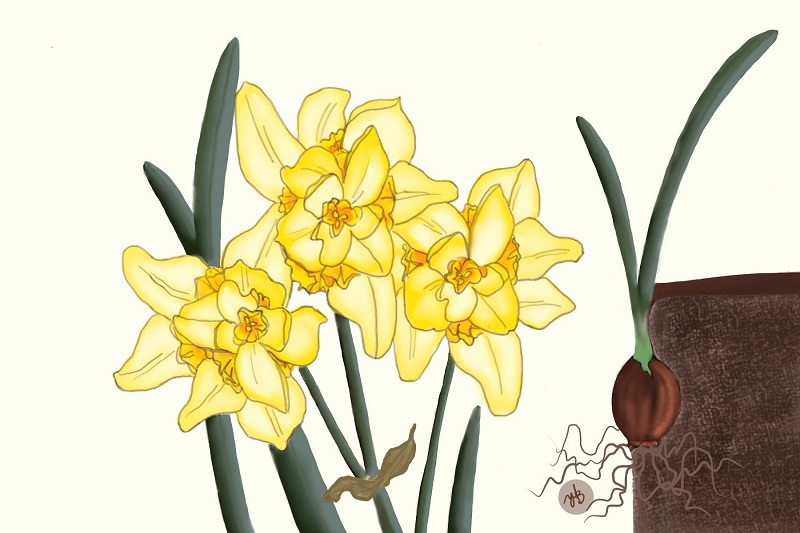 1)     What are the most common heirloom double daffodils?

2)     What are some popular varieties of more modern double blooming daffodils?

3)     What common names are used for double bloom heirloom daffodils?

What are the most common heirloom double daffodils?

The most common double blooming daffodils we see at old house sites are what we commonly refer to as Butter and Eggs and Van Sion.   The Butter and Eggs is an easy to grow bulb and is scientifically known as Narcissus ‘Orange Phoenix.’ Some folks call them “scrambled eggs” because of the mixture of yellows and oranges. 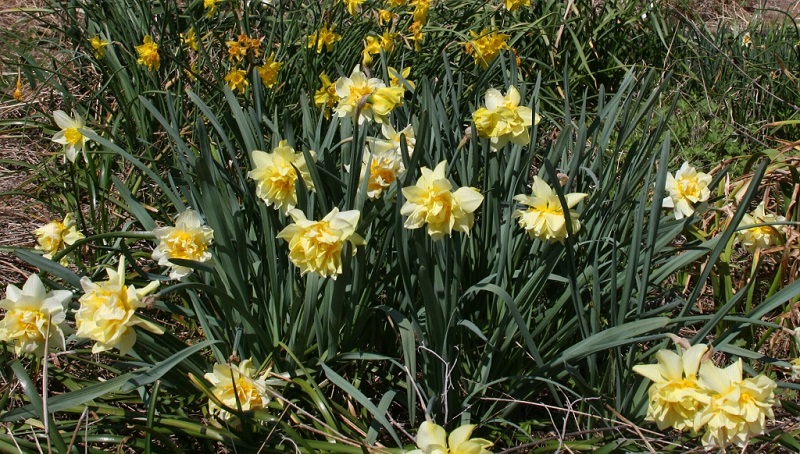 Van Sion is another double daffodil with a little more green in the mixture and according to the 1969 Classified List and International Register of Daffodil names published by the Royal Horticulture Society is synonymous with Narcissus ‘Telamonius Plenus.’ While beautiful, it struggles to open up completely and reliably every year in our Zone 8 environment. It is grown all over the United States and other gardeners in colder regions have reported that it opens up just fine. Some people commonly call it ‘Twink’ but the ‘Twink’ daffodil is another older daffodil dating prior to 1928.

What are some popular varieties of more modern double blooming daffodils?

Other popular double bloom daffodils include:

Some of these double daffodils have bloomed quite reliably for us on our Southern Bulb farm for over 10 years, and those selections include:

However, at the end of the day, the most reliable blooming double daffodil we have is the Butter and Eggs daffodil, or more correctly known as Narcissus ‘Orange Phoenix.’

What common names are used for double bloom heirloom daffodils?

Conclusion: Often remembered as a treasure in grandmother's garden, Butter and Eggs are known for their pleasant scent and robust blooms. Its cold tolerant nature makes it an ideal bulb for areas north of I-20 and into more northern parts of the Southern United States. While clumps will continue to bloom, best shows can be achieved by dividing every four years after the foliage yellows in May. 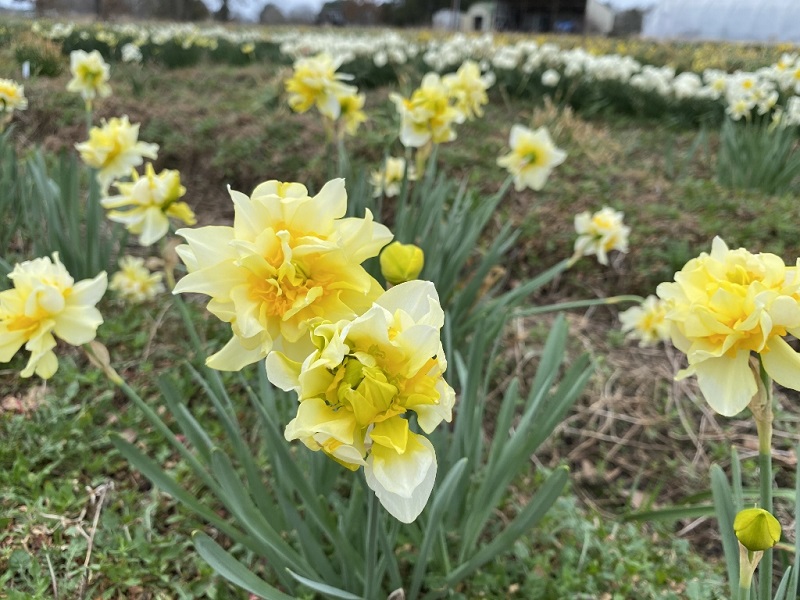