Neglect, neglect, neglect. That seems to be the special codeword to get the heirloom white cemetery iris to flourish. The cemetery white iris (Iris albicans) is aptly named because it can often be found blooming in cemeteries in late March to early April. These same sites often become very dry with cracked soils during the summer, but these white iris don't seem to mind. These are not the same as the Louisiana iris that love the water as these prefer well drained soils. They mix well with a spring blooming verbena and other non aggressive, creeping ground covers. 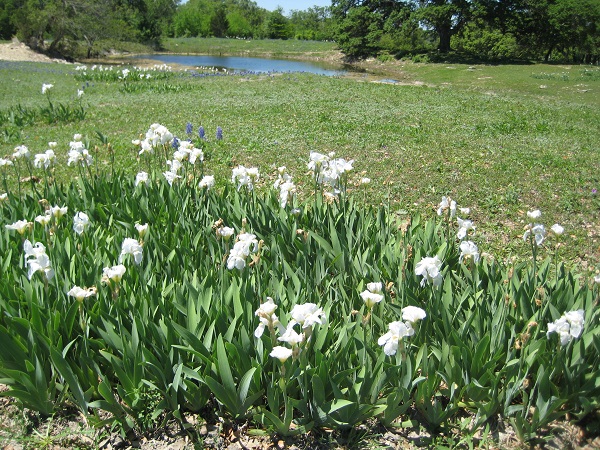 Where do they come from?

Since they can be found in many different areas and on very old sites, many believe the old cemetery whites to be native to America, but they are not. They, like most bulbs that do well in the South, are natives of the Mediterranean area. Some believe these are what were documented as far back as 1400 BC. The white cemetery iris was used in cemeteries as it traveled from the Mediterranean area across North Africa to Spain and then to the New World. Their 1860 recorded discovery is attributed to Johan Lange, a Danish botanist. 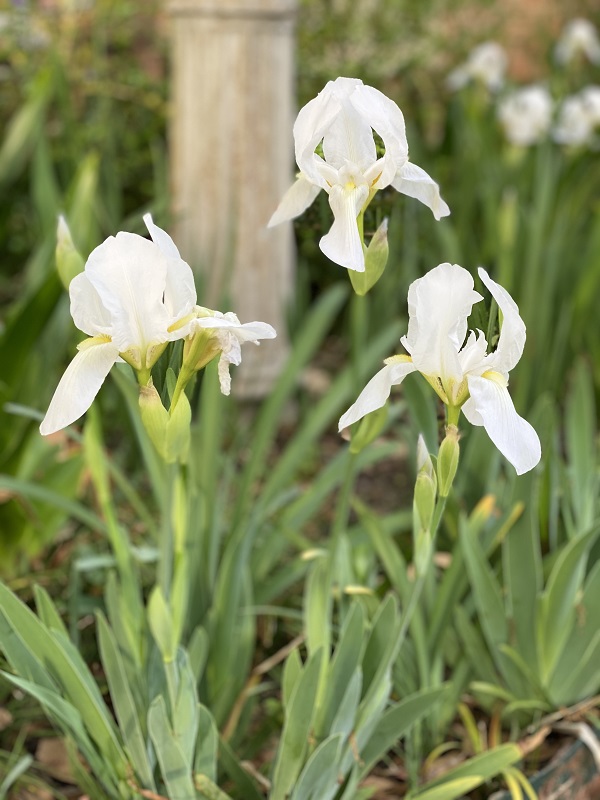 What to expect: You will see the foliage come up in late February or early March. The flat, spiky foliage will have a bluish tint and stay firm and upright until the first frost. The bloom will make its appearance in March. They are hardy perennials in zones 7-9. 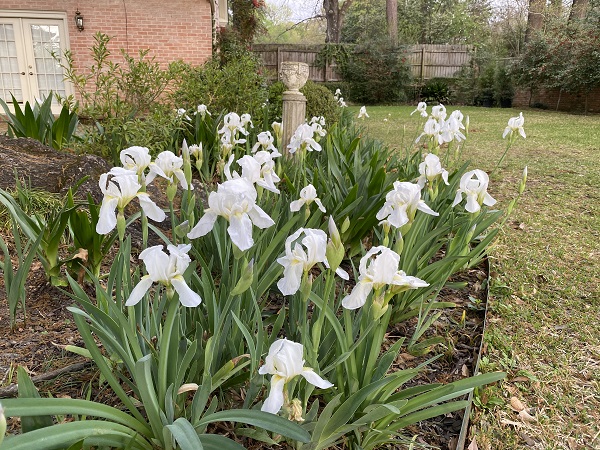 How to plant: Plant where they can get almost full winter sun! Above they are planted around a deciduous tree. Plant the tubers just barely under the surface of the ground. How close together you plant them really depends on your plan. If you want them to look natural quickly, then plant them about 4-6 inches apart. If you are willing for them to look sparse and fill in over the years, then plant them up to 12-18 inches apart. They will multiply quickly so plan on thinning them periodically. Like we said before the white cemetery iris almost relishes being ignored so don't feel like you need to fertilize it or water it all the time, or at all. Look at the picture below where they are growing on an old log in the ditch! Completely neglected, dry and full sun even in the summer! 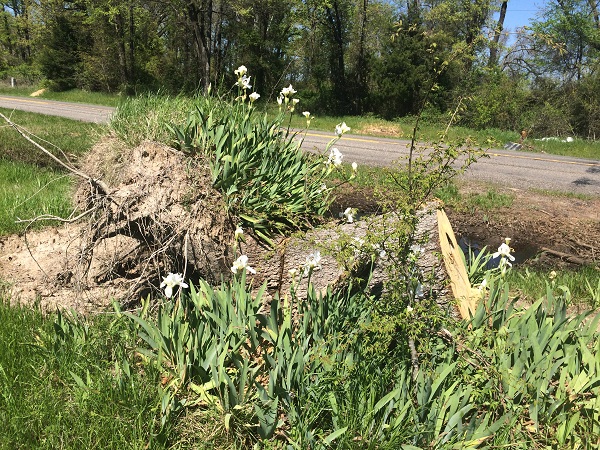 Sunlight and soil: This tuber does great where it gets full sun in well-drained soil. It seems to flourish in dry hot southern summers. 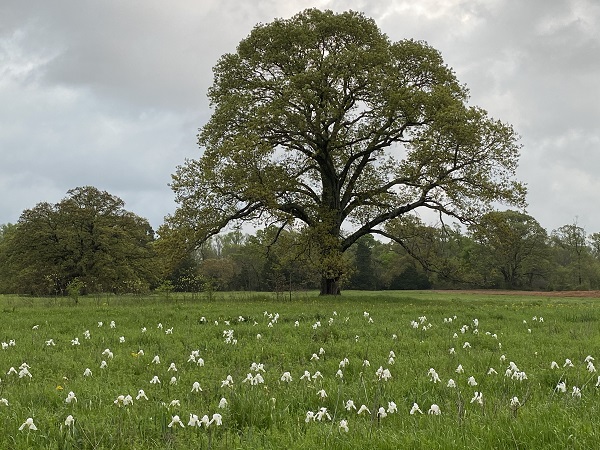 Animals: They are ignored by deer but bees and hummingbirds are attracted to them.