The white crinum lily has to be one of my favorites. It is tough and repeatedly blooms prolific white blooms on three to four foot scapes with numerous flowers from spring through early summer. It starts blooming on the heals of the color from the hardy amaryllis and Byzantine gladiolus.  The robust foliage of this crinum curves a little more than others, and it is a nice glossy green color that is attractive even when the plant is not in bloom. 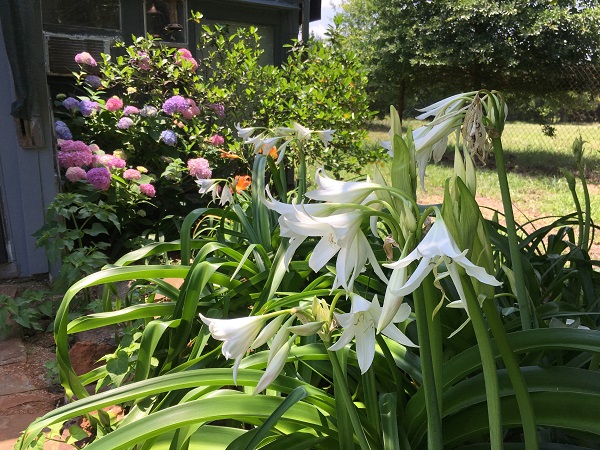 Crinum powellii comes in two different colors, pink and white. It is one of the most cold hardy of all the crinums, but that in no way means that it can not stand the heat. Some of the toughest, oldest crinums we have are these white crinum flowers. My mentor, Dr. Bill Welch, coined the phrase that "no crinum in the South has ever died." 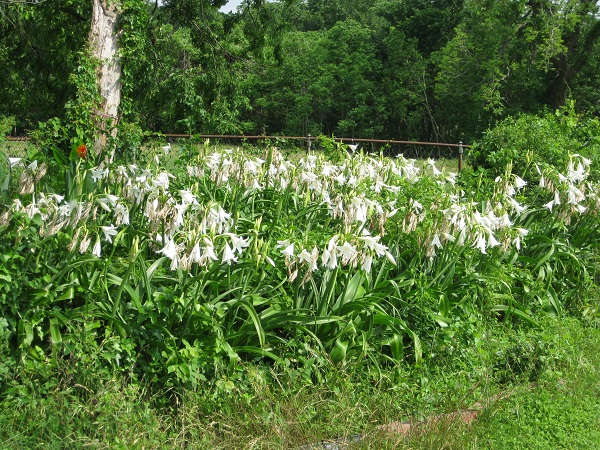 We have seen these tough white crinum growing in many different locations.  I was in South Carolina at a plantation where I first saw one blooming in the middle of a VERY hot and humid day - I can only wonder how long that crinum had been planted there and where it came from.  Some of our white crinum come from the original home of a Texas Revolutionary War fighter who moved the crinum from his original home in Georgia.  Lastly, in 2009 when leading a garden tour across England and the Jersey Islands, I spotted a nice established clump in the Chelsea Physic Garden (founded in 1673). It is exciting to see a plant doing well in so many different areas of the world! 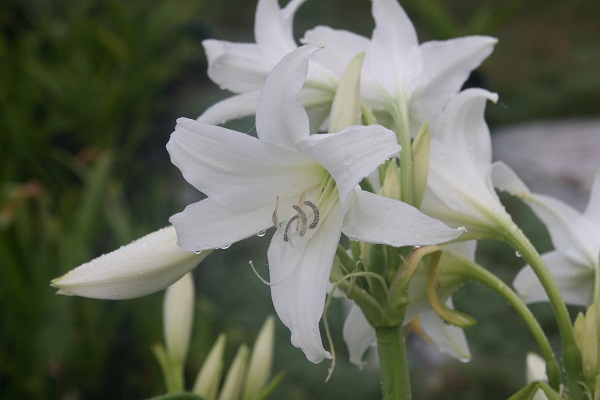 During the winter, as most crinums do in colder areas, the foliage will die down completely. This opens up an opportunity to plant other winter growing bulbs to hide the foliage and barren stalks of the crinum. Lycoris radiata, Narcissus tazetta Grand Primo, and other strong winter bulb foliage plants are good choices and allow you to pack in more color into more spaces.  In the summer, skirt its base and garden borders with the complimentary pink rain lilies (Habranthus robustus) that bloom at the same time! 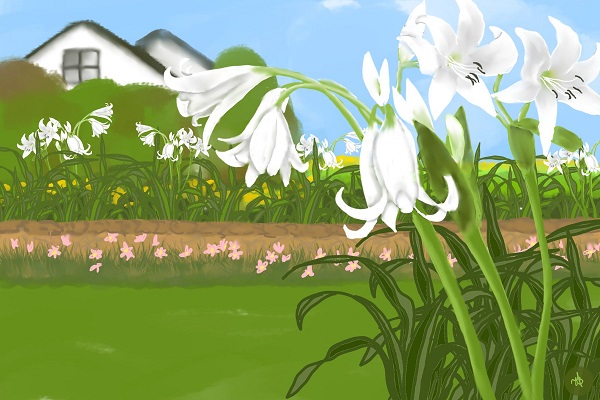